Unlike previous summers that we were encouraged to produce academic related results, this summer we are encouraged to get some work done: the RESL is undertaking around 10 different projects to be distributed among our lab members and SNR workers. The aim of the projects are very various although all of them are, of course, are related with Wireless Sensor Networks, that is what we are doing in the laboratory. Unfortunately there is a certain secrecy about the development of those projects, so what I can tell here about them is rather limited. But I'll try to give some general description about few of them that at least allows to make an idea what they are about.
Two of our laboratory members have a military background and entered RESL to help us with the increasing interest of the Korean military on the WSN technology. We have already had previous projects and research involving military applications, such as detecting moving troops, send unmanned vehicles to enemy territory, etc. One of the current projects, codenamed u-Army, involves similar work with sensor networks such as borderline intrusion detection and others.
If something Korea has as a nation is a thirst to invest in new technologies to show the world they are at the crest of the IT wave. For this purpose, they don't just poor money into research institutions to build their projects on the labs, but generally they require pilot deployments to prove that the things work as promised. For this reason, most of our projects require such deployments of WSN into the real world. For example, the School Zone project aims to distribute sensor nodes around school areas to prevent car over-speeding and illegal parking. In the Bulkuk Temple project, we must deploy a ring of wireless sensor nodes around an ancient Korean temple to detect fires and prevent the wooden building to burn down. In another project, we will install sensors in a couple of islands to measure tide levels and river flooding.
Other projects aim to test the capabilities of the new technologies rather than providing an specific deployment scenario. For example, although sensor nodes have been used before for localization, they use techniques like ultrasound that are only usable on the lab but that can not realistically be implemented in the real world. To this regard, RESL is also investigating localization techniques using only several aspects of the RF signal, measurement values that are not affected by line-of-sigh restrictions and the like. Finally, on the RFID side of our research, this summer we will implement a prototype of the EPC Sensor Network for merging the RFID EPC Network Infrastructure with sensor data.
Posted by Toplus at 7:08 PM No comments:

Be careful with what you install

I just passed through one of those Linux episodes of "be careful what you install", caused as always due to deficient dependency management. Well, to be fare, I can't blame my distribution for breaking applications, because the broken apps where 3rd party installations (namely mozilla products). And all because I wanted to finally install hangul (Korean language characters) support in my Kubuntu box.
Lesson learned: Don't install scim and uim packages if you are going to use Firefox, Thunderbird and Adobe Acrobat reader. Apparently there is conflict with binaries compiled with different branches of the glibc library. There are some workarounds, but since I'm not sure about all the programs that are using that library, I'd rather uninstall the whole thing that having some problem in a couple of weeks once I forget the issue. I might try those solutions some other time. For now, I had enough time wasted finding out what was the problem (for which, by the way, was rather handy to have Opera installed when I couldn't run Firefox)
Posted by Toplus at 1:12 AM No comments:

My affair with IT drawing

I'm not a designer. I never studied art, although I liked to draw things when I was a kid, like many other kids I suppose. Nevertheless, I guess is fair to say that I like to make things look good. Probably that's what people notices, and when there is something to do that should look good, they sometimes ask me to do that for them.
As I was saying, I'm not a professional or anything. But, of course, there are no professional designers in a lab of CS and EE graduate students. It seems I made things look good enough for being labeled the "official" lab picture-maker. So along my 3+ years in the RESL laboratory, I was asked many times to draw pictures about the IT field we are working on: Wireless Sensor Networks. Of course, pictures must be done with the computer, so a lot of times I basically combined smaller existing pictures to create the concept I was asked. I started just drawing them in MS's Power Point, and then moved to MS's Visio. Microsoft products are good because they have a large database of vector images than can be searched withing the program and modified to fit your requirements. However, Visio files, as all MS Office files, have a proprietary format. Moreover, they don't export properly to SVG (Standard Vector Graphics). When I moved to Linux, I refused to change to Windows every time to use Visio, so I tried to use other programs that could provide me similar results. Software such Dia and Kivio are good to draw vector-based flowcharts and block diagrams, but they are not what I need to make things look good. The answer is general SVG drawing programs (such as Inkscape) combined with online SVG databases, such as the Open Clipart Project (apparently currently moving to a new server). SVG images can look really good, but they are more cumbersome to produce and normally take longer time. However, the SVG format is a true standard that I feel good about using, not like MS proprietary formats.

Many of my early pictures have been lost. Nevertheless, here is a small sample.
By the way, sometimes I do logos too... 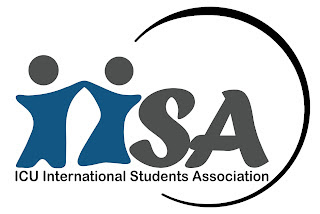 Posted by Toplus at 3:05 AM No comments: